Use the form below to contact us via email. 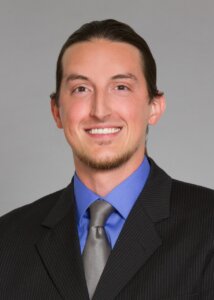 Bio: Javier has been working in student support services and higher education for nearly ten years, and he’s excited to apply his experience with college and career readiness to the GEAR UP program. Prior to moving to Nevada, Javier worked with the Eller College of Management at the University of Arizona mentoring students and delivering experiential learning programming. During this time, he and his wife, CG, returned to school and Javier completed his Master of Organizational Leadership with an emphasis in Project Management.

Outside of work, Javier and CG can be spotted at Asian and Italian restaurants, enjoying the scenery of the Southwest, and attending live shows and concerts (thanks, Las Vegas!).

Favorite Quote:  “You can’t depend on your eyes when your imagination is out of focus.” – Mark Twain 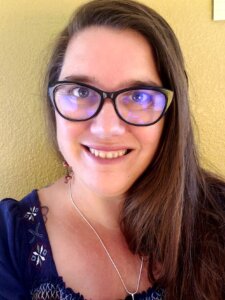 Bio: Sarah has devoted her career to working for equity in education. She has worked primarily at Title I schools in Northern Nevada, including Hug High School, Innovations High School, and Pyramid Lake Jr./Sr. High School. She also worked as an Administrator at Douglas High School, where she oversaw CTE, Special Education, and World Languages. Sarah began her career where she grew up on the Mendocino Coast of Northern California after earning her Bachelor’s degree in Sociology and Literature from UC Santa Cruz. She has since earned a Master’s Degree in Education Leadership from National Univesity. Sarah has worked as an English Teacher, an ESL teacher (for which she became a Nationally Board Certified Teacher), a Dean of Students, an Implementation Specialist, an Assistant Principal, and a Principal.

Sarah moved with her husband, son (now 18), and daughter (now 20) to the Reno area 17 years ago. They enjoy hiking and backpacking. Sarah loves baking (especially bread) and reading. 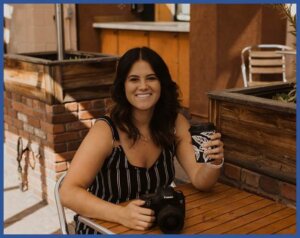 Bio: Clare joined the Nevada GEAR UP program after working 2 ½ years with the Nevada Commission on Peace Officer Standards and Training. Prior to her state service she worked in the construction industry as a project administrator. Clare was born and raised in Nevada and spent all her younger years in the Nevada school systems. She comes to GEAR UP with a wide variety of administrative experience. In her free time, she runs a business as a wedding photographer and enjoys being in the outdoors with her 6-year-old Pitbull named Dutchess.

Favorite Quote: “If you don’t ask the answer is always no.” 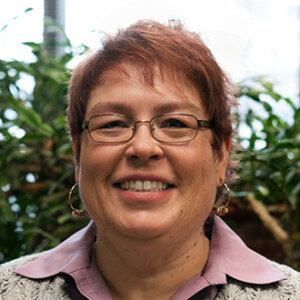 Bio: Renée Davis is the Assistant Vice Chancellor and Director of Student Affairs for the Nevada System of Higher Education, where her duties include serving in a variety of leadership roles pertaining to both academic and student affairs, including administration of state-funded financial aid programs and liaising with the financial aid directors and registrars at the seven NSHE campuses.  Renée started with NSHE in the financial aid office in 1999 at Truckee Meadows Community College, where she served in a variety of roles.  Renée earned both a bachelors degree (majoring in English and history with a minor in historic preservation) and a master’s degree (Educational Leadership) from the University of Nevada, Reno.  Renee loves hiking in the Sierra Nevada, cycling indoors and outdoors, quilting, playing cards and word games, cuddling with her cats and reading.

Favorite Quote: “We can’t float through life.  We can’t be incidental or accidental.  We must fix our gaze on a guiding star as soon as one comes upon the horizon, and once we have attached ourselves to that star we must keep our eyes on it and our hands upon the plow.  It is the consistency of the pursuit of the highest possible vision that you can find in front of you that gives you the constancy, that gives you the encouragement, that gives you the way to understand where you are and why it’s important for you to do what you can do.”  -Ossie Davis 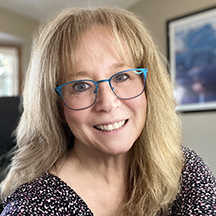 NSHE GEAR UP Director of Programming and Outreach 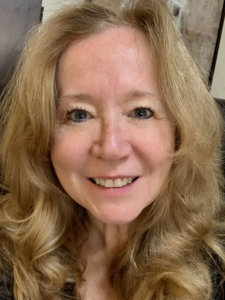 Janet Stake
NSHE GEAR UP Director of Programming and Outreach

Bio: Janet has thirteen years’ experience in higher education. She started at UNR as the Curriculum Coordinator and then moved to NSHE as the Academic and Student Affairs Officer. One of her responsibilities in that role was as the NSHE PI/Project Director for Nevada State GEAR UP Grant from 2015 – 2018. Janet is excited to be back with Nevada GEAR UP as the Director, NSHE GEAR UP Programming and Outreach. Janet has a master’s degree in counseling and educational psychology/instructional design. She and her husband live in Sparks, NV. She has two grown children that now live in Minneapolis, MN. In her spare time, she likes painting, photography and traveling to Minnesota.

Janet is looking forward to working with the GEAR UP team and helping Nevada’s GEAR UP students to Dream ~ Believe ~ Achieve.

Favorite Quote: “The future belongs to those who believe in the beauty of their dreams” -Eleanor Roosevelt 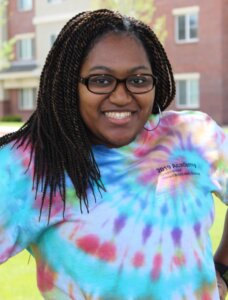 Bio: With strong family roots in Louisiana, Jana grew up in the west, having lived in Alaska, Nevada, California, and Arizona. Jana graduated with her Bachelors of Arts from the University of Nevada, Reno (UNR) and her Masters of Education from Northern Arizona University (NAU), where much of her studies focused around language, culture, and inclusion. Jana’s engagement with equity and access began while in high school as a University of Nevada, Las Vegas Upward Bound Math Science (UBMS) Program participant, and continued as she worked with the UBMS programs at UNR and NAU. In her free time, Jana enjoys watching movies & TV shows, catching up with friends & family, and being active in her favorite service organization.

Favorite Quote: “When you’ve worked hard, and done well, and walked through that doorway of opportunity, you do not slam it shut behind you.” ― Michelle Obama 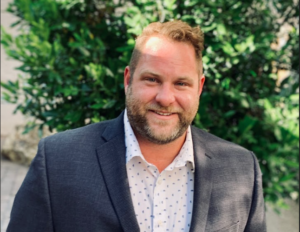 BIO: Kevin has been working in Higher Education within the state of Nevada for over ten years and has held past roles with UNLV and CSN in Financial Aid, College Athletics, and Academic Advising.  He is honored and privileged to serve GEAR UP.  Prior to his roles in Higher Education, Kevin served as a Human Resources Specialist in the U.S. Army, while living overseas, and served two combat tour deployments in Iraq.  Kevin earned his BA in political science and M.Ed. in Higher Education from UNLV and is a lifelong learner.

After hours, Kevin spends most of his time with his wife (Danielle) and daughter (Reese), taking advantage of the outdoors, travelling, swimming, eating, and plane spotting.

Get Social with Nevada GEAR UP 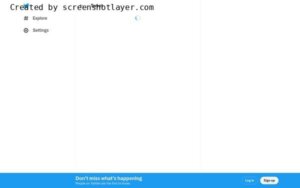 Our highlighted career this week is just amazing! Have you ever wanted to be an astronaut? Check out this video fro… https://t.co/VsmFYj428O 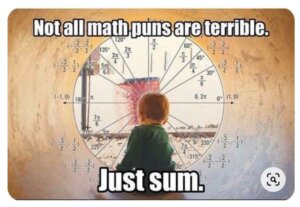 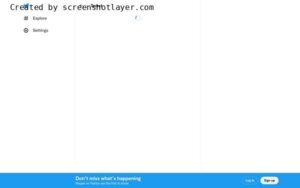 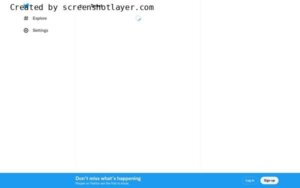 Never heard of an Atmospheric Space Scientist? Well, that career is our highlighted STEM career this week! Check ou… https://t.co/O2ga9emNGd 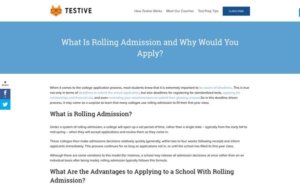 If you’re worried about not applying to enough schools, you still have time. Check out this list of schools with rolling admissions: http://ow.ly/hTb430gJEUd 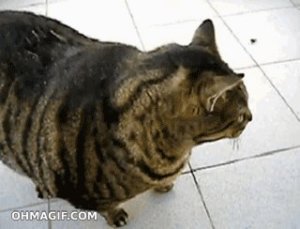 This Thanksgiving break, take a break from your food coma to apply to some more colleges! Take a look at all the colleges that accept WUE: https://bit.ly/2OOBiWW

Pell Grants helped tens of millions of low-income Americans get a college education, & they matter now more than ever. I’m #Thankful4Pell! 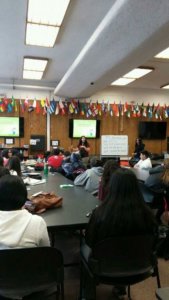 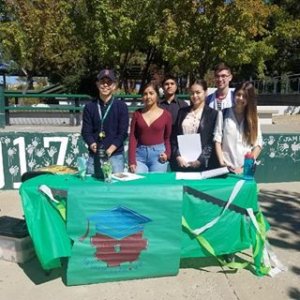 #GEARUPWeek at Hug High School. They invited several businesses to participate in talking to students in regards of their profession. Monday was Military/Law Enforcement Day. Tuesday was Business Day. Wednesday was Medical/Science Day. Today is Trade/Hospitality Day, and tomorrow they […] 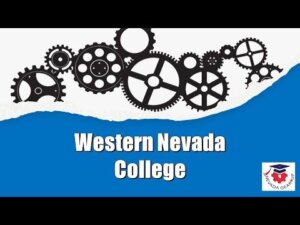 WNC Institutional Interview - Nevada GEAR UP
This video is about Western Nevada College (WNC) from Nevada GEAR UP First Year College Advisor Tawnie! To learn more about WNC, you can visit their … 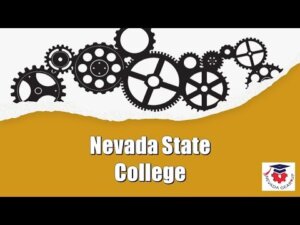 NSC Institutional Interview - Nevada GEAR UP
This video is about Nevada State College (NSC) from the lens of a former Nevada GEAR UP First Year College Advisor. To learn more about NSC, you can visit … 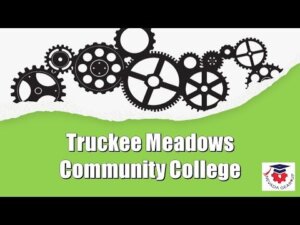 TMCC Institutional Interview - Nevada GEAR UP
This video is about Truckee Meadows Community College (TMCC) from the lens of a former Nevada GEAR UP First Year College Advisor. To learn more about … 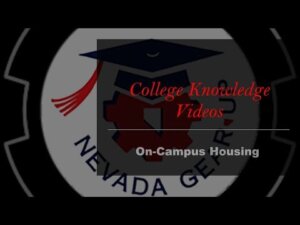